Commitment, speed, accuracy. Values by which we measure ourselves
All Projects 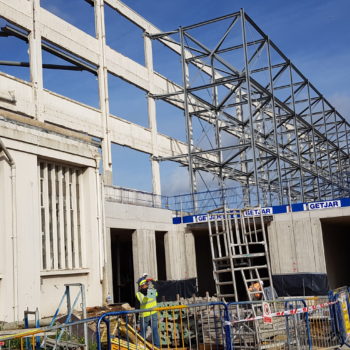 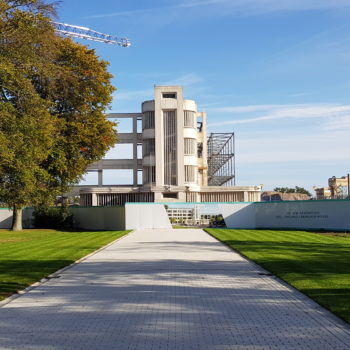 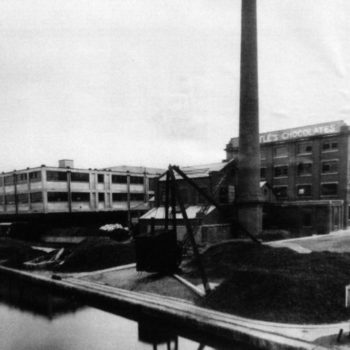 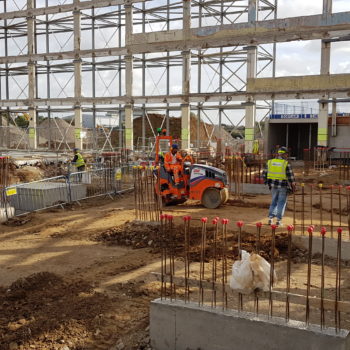 This former factory site, opened in 1913, was the headquarters of Nestle UK and produced chocolate and coffee products, including the world’s first instant coffee, which was introduced to the market in 1939 after 8 years of research and development.  The redevelopment proposals for the site include 1,381 new homes in total.  Gravity have been commissioned by Barratt London to provide structural design for the ‘Heritage Cluster’ area within the site, comprising 400 new homes across 6 buildings to include the retention of the existing art deco reinforced concrete façades and main entrance tower.

Our new build design work includes 6 apartment blocks of 4 to 11 storeys height.  On Block G we were tasked with providing a 5 storey structure using load bearing masonry.  The structure comprises 4 storeys loading onto a robust single storey structure with minimal transfers.  The RC slab thickness is generally 250mm and the reinforcement content in the slab is low.  The overlying floors are designed using 300mm thick precast floor units spanning 9.5m between party walls to keep heavy loads off the facades, which have large window openings.  The design strategy was agreed with our client during value engineering and it results in a relatively quick build with reasonably low block strengths.  The other new build buildings are all designed using reinforced concrete, with set-backs constructed using steelwork.

Options for foundations on the site were considered at project outset.  The site features Lynchill Gravel at between 1.5 – 2.1m below ground level, with local areas of deeper made ground.  Piles were discounted during value engineering in favour of combinations of raft and pad foundations.  These foundations are coordinated with the existing facade pad foundations that are at around 1.5m below ground level. Rafts are founded at ground level on engineered fill that is specified by the Geotechnical Engineer and validated by load and settlement testing on site.

The works on two of the buildings include the retention of the existing façade to the 1914 Truscon Building.  This building was constructed using reinforced concrete to a very high detailing level and was a joy to inspect during the early stages of the project.  Unfortunately despite Barratt and the team’s efforts the beam depths and column layouts did not permit a viable conversion to residential and therefore the frame had to be removed, but the façade was saved.    The retained façade is a total of 310m length and 16m high.  As part of the enabling works, we provided a design of the steel frame forming the temporary façade retention to allow the demolition and construction works to progress un-impeded within the main factory building. The development of this design was taken on by the demolition contractor.  We later developed a thermally broken articulated connection detail to connect the façade back to the new RC frame, allowing both horizontal and vertical movement of the façade relative to the new frame.

In addition to our structural design role, our involvement includes regular site inspections during the demolition works.

Interested in working for us?
See our Careers Page